As requested, here is the comparison of OPI Oy-- Another Polish Joke and Zoya Kerry. Both are a similar colour of gold, but I really feel that they are really different polishes.

I would say OPI is like a gold shimmer in a sheer base, Kerry is more like micro foil in a sheer base. So Kerry ends up being very metallic, and OY- ends up with more of a layered glow. 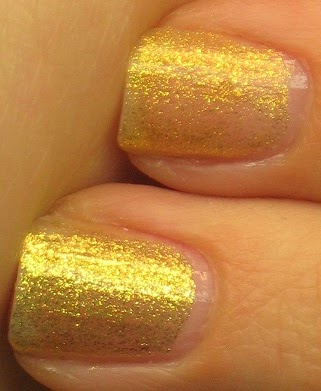 As you can see they are both sheer with one coat, already you can see the differences. They are flecks of gold in a sheer base, but OY-- is flecked with a warmer gold than Kerry, and it also has less gold flecks in it. The shine is totally different as well, Kerry is a metallic shine and OY-- is is a warm glow. OY-- dries rough where Kerry dries smooth. 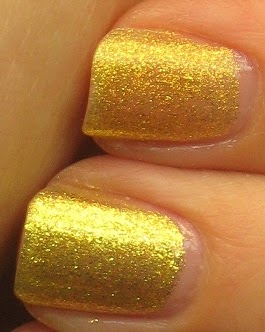 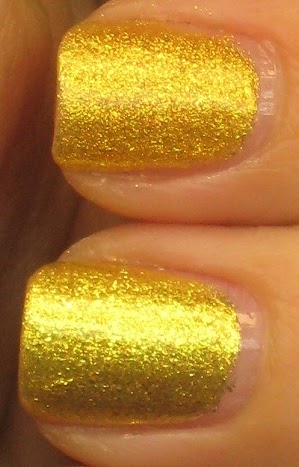 At three coats OY-- is just starting to cover the nail, but I can still see though it very clearly, and Kerry pretty much tops out. At this point Kerry is completely metallic and looks like gold all over my nail. OY-- is starting to really get some depth that Kerry does not have, and it also has a warmer shine. 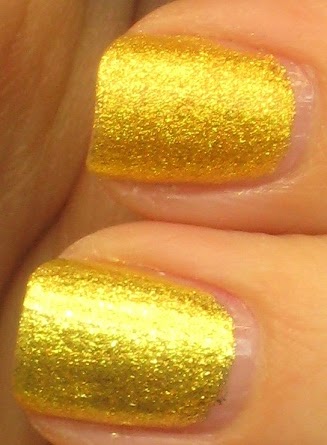 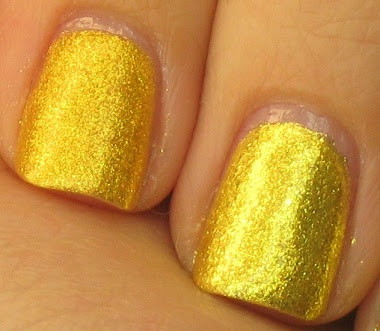 I can see see through my OY-- nail if I hold it up to the light, but you can't really tell other than that. and look at that depth, and that glowy look to it. Oh yeah I love this polish.

Kerry is like having gold shining all over my nail, it catches the light in the best ways, and even without a topcoat is smooth.  Pure gold love.

I would recommend getting them both, even though they are a similar colour, they are so different and so very lovely.

But if you can only get one, I would recommend getting OY-- if you want something to go on another colour as when the light isn't shining on it you can see through it like almost nothing is on there. Or if you just really love the depth.