So I mentioned in my in season post that I picked up GOSH Tilted Blue, Venus and Miss Minty. 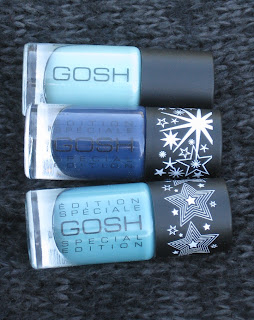 Since I used Venus in my last post because I couldn't wait (It was untried even if it was new so it counts really >>; ), so I decided I just had to try out Tilted Blue and Miss Minty. 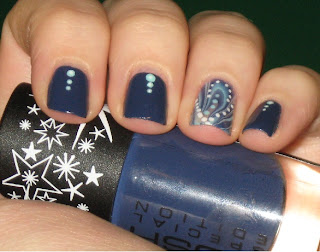 The formula was super consistent between all three of the polishes, and it dried just slow enough that I was able to do a water marble just for kicks. I really love GOSH as I have yet to find a bad polish by them, it's so easy to work with.
Natural light 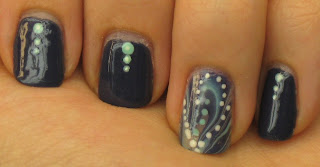 I did two coats of Tilted Blue, and added three Miss Minty dots down the centre with even smaller dots of that mystery Revlon white. The water marble is the same three colours over a base coat of OPI Nail Envy. 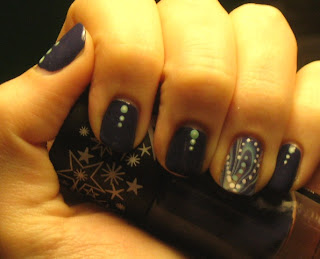 I am glad I had the time to try these out, as they all were a dream to work with and I normally hate water marbling. Even the dots looked clean since they are all are opaque so there was no worry about the darker showing though like I have had with other polishes.

I just hope GOSH keeps up the good work, I will probably be getting the last ones from their 2013 collection after this.

Email ThisBlogThis!Share to TwitterShare to FacebookShare to Pinterest
Labels: GOSH