I guess it was a while ago, but I just noticed that Scarlieava at Velvetmint Lifestyle nominated me for a Liebster Award, so here are the questions that she posed for the people she picked. 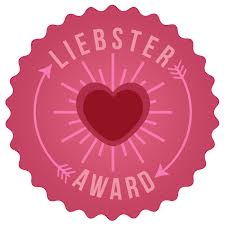 1. You can only buy two items of clothing/makeup between now and September. What would you invest in? It would be nail polish, or shoes. Probably nail polish because I already have about 60 pairs of shoes.

2.Summer or Winter fashion? Can I say Spring instead, because I like spring and fall the best.

3. What's the most selfless act you've done? If I told it wouldn't be selfless :)

4. What was your last album/song purchase? Pig Destroyer - Book Burner

5. Your going to prison for life, with nothing but porridge to eat. What would your last meal be? Dumplings from my favourite place in Taiwan.

6.   Somewhere in the world where you'd move to if you could? I'd probably move back to Taiwan, I really enjoyed living there and the winter is so lovely there. Also the beaches are great in the summer and shopping!!

7. There's going to be a musical of your life, who would play you? What theme song would you pick? Ughhh this is hard, no one looks like me because I have a round baby face so I can't really think of anyone. Maybe Katee Sackhoff just because she is awesome, and not because she looks anything like me. The song would probably Converge - No Heroes

8.  You're biography is being published, what would it be called? No idea.

9. Are you a night owl or early bird? Both, I stay up horrible late, but if I have alarms set I am great in the morning too.

10. What's the most money you have spent on one item? This one is easy, my drums. I have spent around $2500 on my kit and cymbals, and I have a crappy kit so most of that is in my sweet sweet lovely cymbals.


11. You have to lose one of your five senses, but which would you pick? Touch maybe? I don't know it's hard to decide. I love smelling things too much.
Posted by Blueberry Pie at 21:07

Email ThisBlogThis!Share to TwitterShare to FacebookShare to Pinterest
Labels: Award