Alphabet Challenge A is for Aztec.

Okay so someone on Reddit started an alphabet challenge and I decided I would give it a try.

The first one is Aztec, and as I have never done them before I thought it would thing to try. I may have been wrong since it went really badly.

I used two coats of Quo by ORLY Coffee & Cream to start out and then I decided I would try out a nailpolish pen that I got a while ago. It was super hard to get the polish to come out, so the lines were very uneven. It had both white and black, so they are both mystery polish. 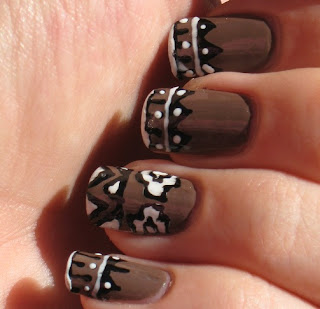 They were also super lumpy, so I think it would have been better with a paint brush. I used two coats of my top-coat to even it out in the end. 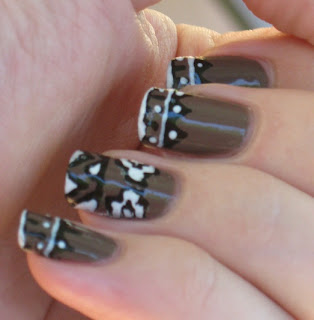 I also feel like it didn't look that Aztec at all, but that is okay, I kinda liked it other than how shaky it is. 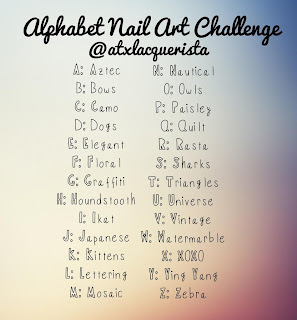